Finding New in the Familiar 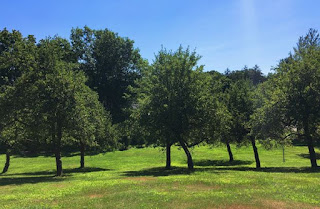 It’s a road I have traveled dozens of times, maybe hundreds by car or bicycle for the past twenty years but it wasn’t until I took a meander-ing walk this summer when I came upon an area of town which I had never noticed. Something new found in the familiar was a peaceful apple orchard with trees living in silent community waiting for any passerby to visit.  A posted sign indicated the park was open to the public.  Hey, that’s me, Joan Q. Public.

A wrought iron gate led me to a path which looped around a bend to an old foot bridge that may have covered a shallow brook at one time.  This secluded gem was obviously well-maintained by 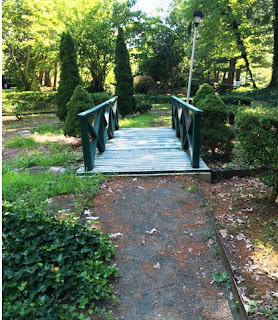 the hamlet of Pearl River while respecting the integrity of the original grounds.  I didn’t know at first it was an apple orchard until I walked closer to the trees. There were clusters of small apples throughout the branches of each tree.  I reached for one to take it home as if I had found some treasure. 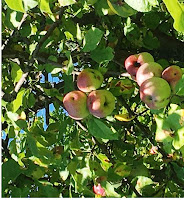 Just as I was leaving a woman walking her dog approached so I asked if she knew anything about the park. She explained it was once owned by a dentist, Dr. Henry V. Borst, his wife, and children, they’re all gone and the town took over the property. Dr. Borst was born in 1850 and died in 1925. She pointed to the far end of the park to a home where they once resided. 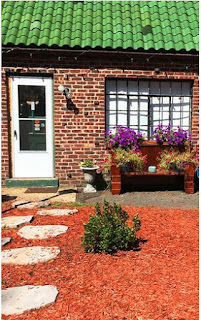 I had to investigate.  It was clearly a house that was built decades ago with its old fashion green tile roof and large windows.  A man came out to greet me and told me that the area was public property but he rented the home.  He said I was welcome to pick the apples which people often made into apple sauce. I thanked him and went on my way grateful to have stumbled upon this park just a mile from my home.

Perhaps you have passed a familiar location not giving it a second glance.  Or have you spoken to a close friend whom you assumed there was nothing else to learn about them only to discover you’ve been blinded by this false assumption. Take another look, listen carefully, you may find new in the familiar.

Popular posts from this blog 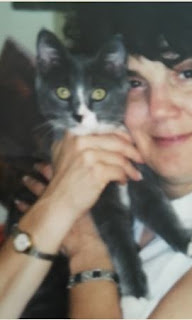 First Hug      Fourteen years ago, I adopted two kittens, litter mates, Coco and Mango.  Coco was the delicate brother, the runt of the litter.  He appeared aloof but allowed me to scoop him into my arms for a first hug.  I loved his snow white boots and white chest. He was a handsome cat. We instantly knew we were meant to be together.       The first years brought a flurry of gymnastics between Coco and Mango.  They tackled and stalked one another, played endlessly with anything that moved, and their curiosity was boundless, from ordinary household items to the majesty of a sunrise. This photo was published in The Record, May 2002 .              Mr. Coco had a habit of running out the door whenever he could.  H knew he wasn't meant to be a house cat but a fearless hunter roaming the grass and bushes.  It would sometimes take an hour to retrieve  him back to the safety of the home.  Ironically, he would cry while he was outside and once back to cozy comfort, would set
Read more

Those Who Need a Voice

- August 18, 2019
This is an excerpt written  for The American Red Cross when a fire left many families homeless:      It is a rainy Monday morning and it marks the third week where a 24-7 Red Cross shelter has remained open in Bergen County, NJ.  Volunteers and staff silently file into a stark room to debrief on the status of the shelter. The sole volunteer who was on duty through the night is bleary eyed. Styrofoam cups filled with coffee clutter the meeting table and business begins.     They recap how two-hundred people were left homeless from a 5-story apartment fire. Seventy-five children are among the population. There were no injuries, but all property was destroyed: clothing, furniture, toys, books, and all items relied upon for day-to-day living. The subject of whether donations are tapped out is discuss while so much is needed to bring these families back from the ashes.      The day's orders include distribution of funds, vouchers, and emergency clothing. Each client who walks away is
Read more

Where the Path May Lead 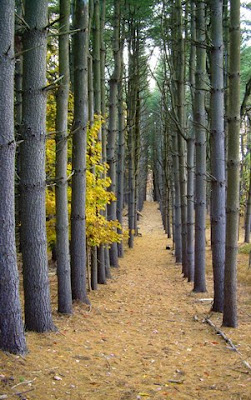 T here’s an elderly woman who lives a few houses down from me.  She appears to be about 85, short, stout, full of energy.  Today on what felt like one of the coldest in February, 20 degrees with a wind chill of 19 mph, our paths crossed while walking.  We greeted one another with an enthusiastic “Hello how are you!”        She quickly replied, “As long as we’re able to walk, we’re doing okay.”      We continued in our opposite directions, tugging at our collars and burying our hands deep within our coat pockets.  Even with the wall-to-wall sunshine the cold temperatures quickened my pace. And just like that, her one sentence stuck in my mind all the way home because I knew there were times when I could not walk.  Flu has kept me flat on my back twice; infrequent bouts of vertigo; oral surgeries, assorted viruses; migraines; and more recently a fractured ankle.  From this list you may think, “This lady isn’t so well.”      On the contrary, I consider my overa
Read more

Joan Reid
A moment, a blink, followed by many more, day-after-day, this is life. Through my images and words, I attempt to capture the memory of fleeting glimmers and glances. Like clouds they form, inspire, then evaporate.